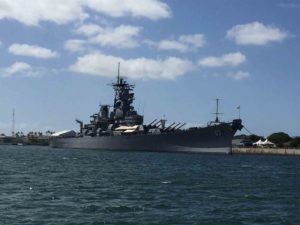 Like most legal matters throughout the country, the COVID-19 pandemic has changed many scheduled hearings and trials.

Tucker is awaiting a general court martial in relation to the death for a fellow seaman.

All of the hearings, including the general court martial, will be conducted at Coast Guard Island in Alameda, California, where Tucker is stationed. Alameda is in the San Fracisco Bay area.

Tucker faces charges in relation to the death of fellow seaman Ethan Kelch in January 2019 in Dutch Harbor, Alaska, after both men were serving aboard the cutter Douglas Munro. He underwent two Article 32 hearings, which are similar to preliminary hearings in civilian court.

Tucker faces charges of murder; involuntary manslaughter; aggravated assault; obstructing justice by allegedly misleading rescuers about the location of Kelch’s body; making false official statements by allegedly lying about details of a fight between himself and Kelch; and failing to obey an order or regulation by consuming alcohol while under the age of 21.