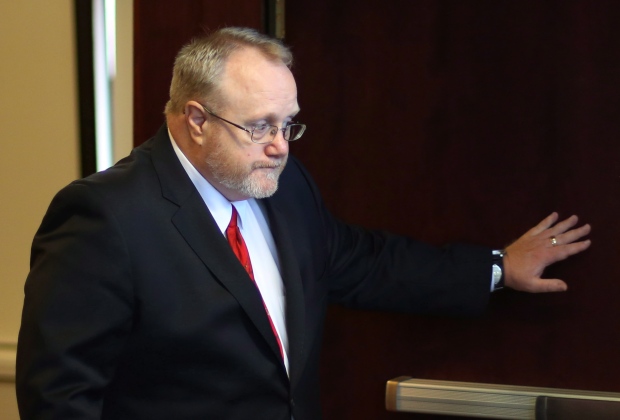 Read more: http://www.ctvnews.ca/canada/court-martial-finds-retired-medic-guilty-in-sex-assault-case-1.1544885#ixzz2l0UfXRNcGATINEAU, Que. — A military judge has delivered a guilty verdict in the sex assault court martial of a former Canadian Forces medic on more than two dozen charges.

In a West Quebec courtroom near Ottawa, military judge Lt.-Col. Louis-Vincent d’Auteuil handed down the verdict after reading a detailed summary of the case that concluded the testimony of the women should be believed.

The charges allege inappropriate medical exams at Ontario military recruitment sites in Thunder Bay and London from 2003 to 2009.

Wilks used the medical exams to see and touch the women’s breasts, and let them think it was part of the examination, which was “totally dishonest,” D’Auteuil said.

“The court found no reason to disbelieve any of these women.”

Wilks testified on his own behalf, but d’Auteuil said he was not believable.

The judge accepted evidence there was no need for the women to have undergone breast exams at their age. No such exam is required for women under the age of 40.

“He did that for his own personal sexual gratification,” said d’Auteuil.

There is a publication ban on the identities of the women.