By waddingtonweb On February 16, 2018 · Add Comment · In Court Martial Results 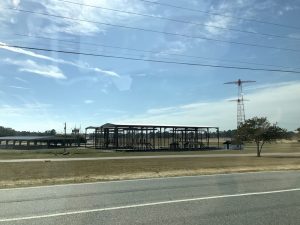 When we were hired, our client faced allegations of sexual assault and desertion terminated by apprehension. He was gone for over 550 days before he was arrested and returned to military custody. He was looking at over 35 years in prison, sex offender registration, and a dishonorable discharge. Our goals were to avoid a sex offender registration and lengthy confinement.

The sexual assault charge was dropped prior to referral of the charges. Our client then submitted a Chapter 10, request for a discharge in lieu of court-martial, with an Other Than Honorable Discharge (OTH). This request was denied by the Commanding General. We had no choice but to fight the case.

As the trial date approached, we were able to get the prosecution to dismiss the Desertion charge so long as our client would admit to AWOL.

At the sentencing hearing, Mr. Waddington and CPT James Purcell presented witnesses from our client’s chain of command that testified that he was a solid duty performer since his return to active duty. We asked the Judge to allow our client to soldier back and finish his military service. The judge gave him a second chance.