A senior officer who presided over an Article 32 hearing weighing sexual assault charges against a former commander of Air Force Research Laboratory (AFRL) has issued his report and recommendation on how the case should proceed.

A charge and three specifications of violating Article 120 of the Uniform Code of Military Justice were preferred against Maj. Gen. William Cooley in October by Lt. Gen. Gene Kirkland, the initial disposition authority in the case.

An Article 32 hearing was held in the case at Wright-Patterson Air Force Base Feb. 8. In an unsworn statement in open court, Cooley, a two-star general, proclaimed his innocence while attorneys for the government charged that it was impossible for Cooley to have been honest both at the hearing and with Air Force investigators.

The case is potentially historic. If the case proceeds to a trial by court martial, it will be the first time an Air Force general has ever been court-martialed. 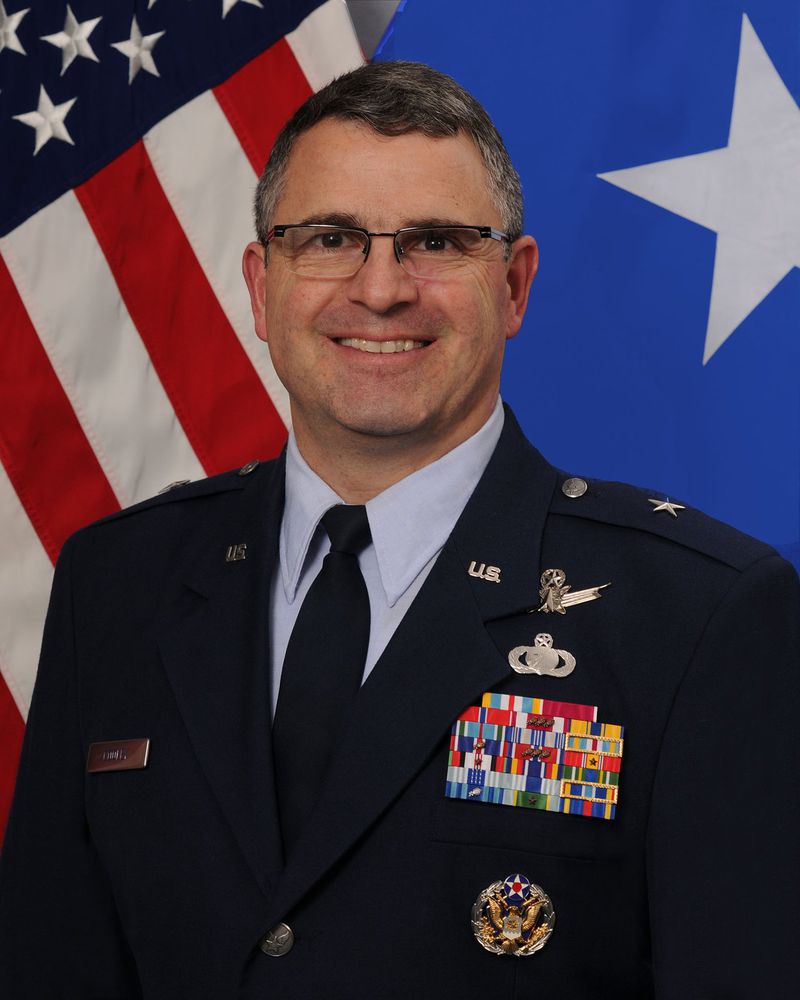 “The purpose of the preliminary hearing is to review all evidence and preferred charges and specifications to determine whether or not the specification alleges an offense occurred, whether or not there is probable cause to believe that the accused committed the offense charged, whether or not the convening authority has court-martial jurisdiction over the accused and over the offense, and finally to make a recommendation as to the disposition that should be made of the case,” Derek Kaufman, a spokesman for AFMC, said Wednesday. “The report cannot be released until final disposition of the case is complete.”

The accuser charges that in an August 2018 off-duty incident in Albuquerque, N.M., Cooley “made unwanted sexual advances by kissing and touching” her, according to an Air Force charge sheet. The charge says the two-star general kissed the accuser without her consent, “with an intent to gratify his sexual desire.”

The defense argued that the kiss was consensual.

The accuser is not a member of the Air Force or a Department of Defense employee.

Following a review by the judge advocate and processing, that report will be provided to the Convening Authority and Gen. Arnold W. Bunch, Jr., AFMC commander.

The purpose of the preliminary hearing includes making a disposition recommendation, Kaufman said.

The spokesman offered no timeline for disposition of the case.

Bunch relieved Cooley from command of AFRL in January 2020 following the accusations.

Both AFRL and AFMC are headquartered at Wright-Patterson.