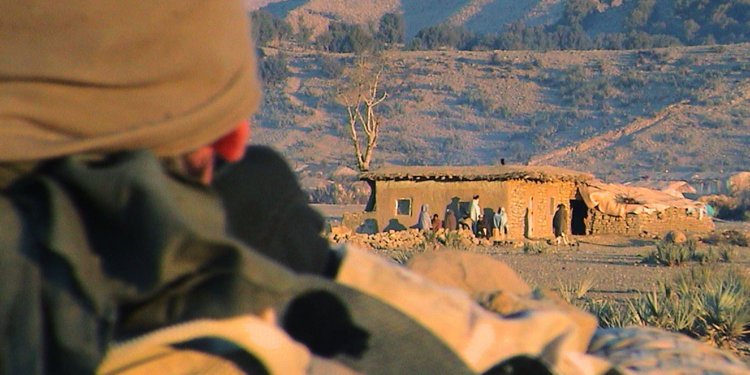 A Navy SEAL conducts special reconnaissance on a suspected location of al-Qaeda and Taliban forces in January 2002 in Eastern Afghanistan in support of Operation Enduring Freedom.

Special Warfare Operator Chief Edward “Eddie” Gallagher will be arraigned Friday at Naval Base San Diego on a long list of criminal charges, including the premeditated murder of a wounded Islamic State prisoner of war.

His court-martial trial was greenlighted by Rear Adm. Yancy B.”Lurch” Lindsey, the region’s commander, following a legal review of the SEAL’s two-day Article 32 hearing in November.

Prosecutors contend that Gallagher, 39, is a callous murderer who stabbed to death the teenage detainee on May 3, 2017 near the Iraqi city of Mosul and also gunned down unwitting civilians with his sniper rifle, bragged about racking up kills and threatened to intimidate and publicly out SEAL buddies who complained to superiors and investigators about him.

Confined at the Naval Consolidated Brig Miramar in San Diego since his arrest on Sept. 11 at Camp Pendleton, where he was receiving treatment as a wounded warrior for traumatic brain injury, Gallagher, a married father and 19-year Navy veteran, has declared his innocence and vows to clear his name.

At his Friday arraignment, Gallagher will be read the murder charge, plus specifications for aggravated assault and obstructing justice but two counts tied to unlawfully possessing a prescription pain reliever and an anabolic steroid have been scrapped, O’Rourke said.

On Oct. 18, authorities in San Diego charged a second SEAL in connection with the ongoing war crimes probe.

Although he wasn’t present during the alleged homicide, Lt. Jacob “Jake” Portier also underwent an Article 32 hearing for what prosecutors contend was his help in covering up a string of Gallagher’s crimes.

Accused of dereliction of duty, the highly decorated Portier also insists he’s innocent and his high-profile San Diego-based civilian defense attorney, Jeremiah J. Sullivan III, believes he’ll be exonerated as merely the officer who received the allegations of Gallagher’s misconduct from a lead petty officer and reported them up the chain of command.