A disgraced former Green Beret is on trial for allegedly beating his wife, but allegations from two other women are going unanswered 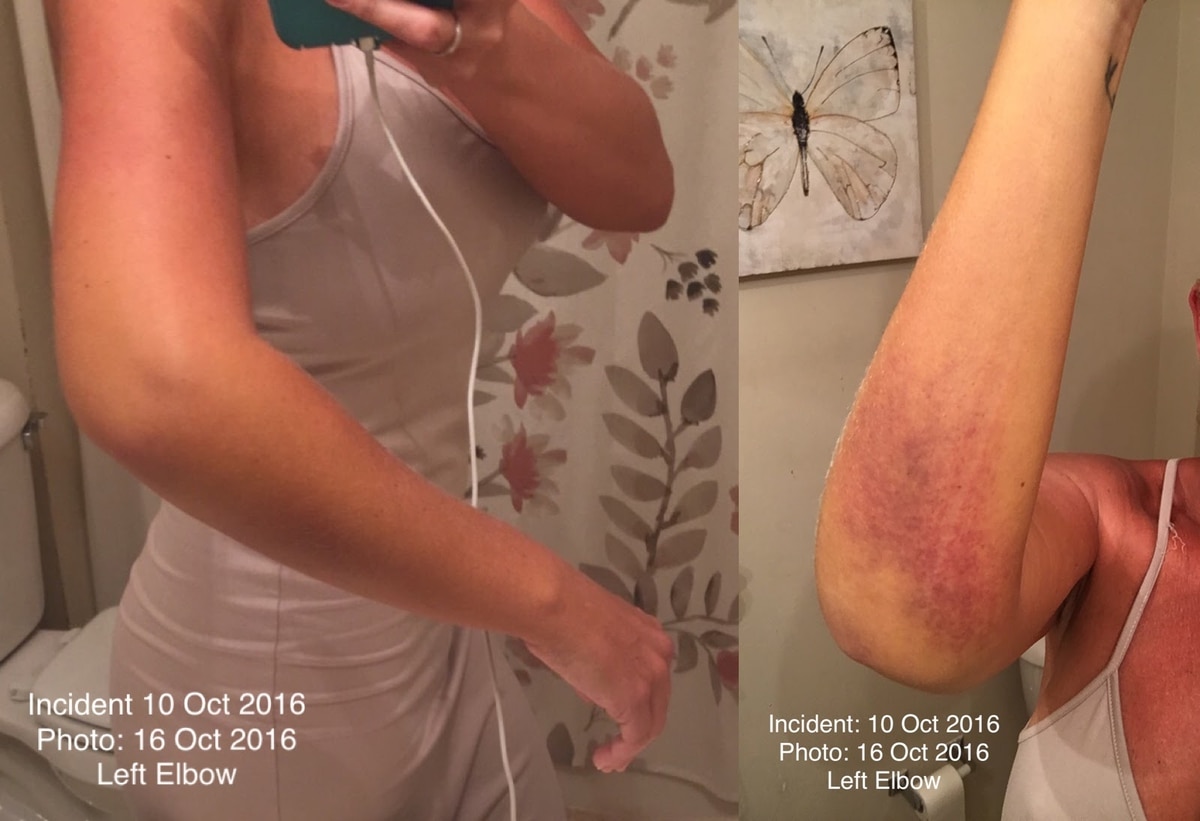 Maj. Jason Sartori, 37, faces six counts of assault and two counts of child endangerment, stemming from multiple altercations with his wife while he was assigned to 7th Special Forces Group between October 2015 and April 2016, according to his charge sheet.

“[Mrs. Sartori] stated that she filed charges for domestic violence and was granted an injunction for domestic violence against Maj. Sartori in criminal court,” according to a 15-6 investigation provided to Army Times by someone familiar with the case. “She stated that a warrant was issued for Maj. Sartori’s arrest and he was jailed in Okaloosa County from 02 May to approximately 16 May 2016.”

The report was initiated after allegations came to light of Sartori’s numerous extramarital relationships with at least 10 women, two of whom told Army Times that he had sexually and physically assaulted them.

According to those women, 7th Special Forces Group leadership has declined to pursue rape and assault allegations they first brought to Army Criminal Investigation Command in late 2017.

“They’re going with a court-martial ― just nothing pertaining to me,” Jennifer O’Brien, one of the women, told Army Times in November.

Nor is adultery among the charges, despite the substantiated accusations ― some supported by graphic photo and written evidence ― of multiple inappropriate and adulterous relationships.

According to the investigation, that included four civilians, one Army civilian, two Army reservists, a National Guard noncommissioned officer, an NCO with 7th Group’s support battalion and two contractors.

One of them told the investigating officer that she’d had an affair with Sartori while he attended the Command and General Staff College at Fort Leavenworth, Kansas, and so had a friend of hers. The investigation also found that Sartori had admitted to having multiple affairs, both to his lovers and to his wife.

Sartori did not respond to multiple requests for comment.

A review of his emails and internal messenger history from U.S. Army Special Operations Command confirmed the allegations, and the investigation found seven adulterous relationships, in addition to three defined as inappropriate.

The investigating officer recommended disciplinary action for Sartori, as well as revoking his Special Forces tab and his Special Forces military occupational specialty. While he is no longer authorized to wear the long tab or a green beret, he is still an 18-series officer.

The attorneys handling the prosecution had presented O’Brien’s allegations at an Article 32 hearing, she said, but something was holding the convening authority back.

“Even though the hearing officer found probable cause, he wrote in there that there may be some credibility issues stemming from the fact that they’re trying to take my clearance over some bullshit — and that SOFREP story,” O’Brien said.

O’Brien and Sartori’s names first made news a year ago, when SOFREP (now NEWSREP) posted a story with a litany of allegations of sexual misconduct and inappropriate relationships at the Eglin Air Force Base, Florida, command.

While O’Brien denies the characterization that she had “multiple affairs” while she served as 7th Group’s secretary, she does admit to one: with Sartori.

O’Brien had been at the command for just over two years when the relationship began, mostly over Skype messages during an early 2016 deployment to Qatar. When Sartori came back in April, O’Brien said, the relationship became physical.

That’s also when Sartori’s then-wife confronted him about the Skype messages, which she had been able to see on their home computer, O’Brien said.

“Mrs. Sartori voluntarily provided hundreds of pages of text messages and emails to [the deputy commander of 7th Special Forces Group] after she learned that a soldier assigned to 7th SFG had notified the command of her husband’s relationship with [redacted],” according to the 15-6 investigation.

Florida court documents show that Sartori accused his ex-wife of illegally accessing his Gmail and Skype accounts, for which he filed a civil lawsuit in January 2018 that is still ongoing.

The altercation escalated after Sartori’s wife informed him she would be filing for divorce, and on May 2, Sartori was arrested by Okaloosa County authorities on counts of battery, strangulation, kidnapping and harassing a witness.

Those charges were dropped later that year, around the same time that a concerned NCO at 7th Group reported Sartori and O’Brien’s relationship to their command.

“She knew he wasn’t a good guy, she knew he was hurting me — at least mentally — and she knew I was medicating with prescription drugs to get through my day,” O’Brien said.

That complaint triggered a 15-6 investigation against Sartori, according to documents, but O’Brien was also under scrutiny.

Authorities immediately searched her office and car for drugs, she said, finding no evidence of them. And though she was told she would be investigated for adultery, she is an unmarried civilian and not subject to the Uniform Code of Military Justice’s law against extramarital affairs.

Since around that time, O’Brien has been on unpaid administrative leave, according to documents, pending an investigation reviewing her security clearance, without which she can’t work as an Army civilian.

O’Brien first admitted to the relationship with Sartori in a December 2016 conversation with a major in the command, adding that Sartori had been physically abusive.

“He just listened to me, and I don’t really remember all of the nuances of that, but I wound up going back to Jason, so there was no action, really,” O’Brien said.

The relationship continued on and off the following year, until O’Brien came forward to CID.

“I didn’t want him to continue to hurt women, and I know that he will,” she said. “And I knew that for my own healing, I needed to stand up for myself, and show my daughters.”

Unbeknownst to O’Brien, while she was sending flirty Skype messages to Sartori during that 2016 deployment, he was having a relationship with another officer under U.S. Army Special Operations Command.

It began as a flirtation, the officer, who spoke on condition of anonymity, told Army Times, but escalated over several weeks.

“It wasn’t until three or four weeks into the relationship that I found out he was married,” she told Army Times.

He was prone to becoming forceful and violent during sex, she said, and disregarded her protests.

“He strangled me a couple times during sex, against my will,” she said. “I told him, ‘I don’t like that, I don’t want that, please stop.’ And he didn’t.”

She was one of three women out of about 200 people on the installation, she said, and she felt she had no one to turn to, let alone someone who would believe her.

When 7th Group initiated the 15-6 in September 2016, her name came up as a potential inappropriate relationship, and she gave her statement to CID.

“Ultimately, I had to ask for immunity to even tell my story” to investigators, she said.

The 15-6 into Sartori recommended that she be reprimanded for the illicit relationship, with an option to resign her commission or submit to a show-cause board to make her case for staying in the Army.

So 7th Group sent their findings to her command, which initiated the separation process.

“During this whole time frame, I had my records flagged,” she said, prohibiting her from any awards, promotions, schooling or other favorable action.

She fought the discharge with the help of a civilian lawyer, paid out of pocket, who was able to get the flag lifted after two years.

Her statements and interviews to CID were included in evidence in Sartori’s Article 32 hearing, she said, along with a CID finding of probable cause in her rape allegations. Details in her line-of-duty investigation, provided to Army Times, confirm that the 7th Group’s judge advocate substantiated her claim of sexual assault.

“But then, a commander, whose job is Special Forces, he gets to look at this and say, ‘Well, I don’t believe her, and I don’t believe these trained experts, so I’m not going to let it go forward,’ ” she said of Ball.

In the end, she said, she believes the command is only going forward with the domestic violence charges relating to Sartori’s wife to distract from the substantiated allegations of abuse in his adulterous relationships.

But on the flip side, she said, their cooperation with the 15-6 led investigators to Sartori’s incidents of domestic abuse.

“We aren’t the ones who are able to be heard at the court-martial, but our actions sort of initiated all of this,” she said.

Sartori’s case continued mostly under the radar through 2017, until the report by NEWSREP. That story, titled “Dick Pic Six: The 7th Special Forces Group sex and blackmail network,” painted O’Brien as notorious for her inappropriate sexual relationships with multiple members of the command, and alleges that she threatened to release intimate photos and text messages shared between herself and men at the command if she did not get her job back.

“I have never been able to have just a normal career — ever,” O’Brien said. “Rumors started about me the moment I walked onto that compound. And I wasn’t doing anything. And it pisses me off.”

O’Brien added that she had been advised by a member of command leadership that her reputation around the office didn’t look good.

“So I couldn’t have even friendships, because there were always rumors,” she said. “Most of the time, rumors come from what? Little boys who get turned down and their egos get crushed.”

Specifically, there were concerns about her going out for drinks with group guys after work.

“Would it look good if I had a penis?” she said. “Why can’t I have friends? And the thing was, when he told me that rumor was going around, I wasn’t going out at all because Jason was at my house.”

As the investigations progressed, O’Brien reached out to Command Sgt. Maj. Brian Rarey, who was then the senior enlisted soldier at 1st Special Forces Command.

“I talked to Rarey because I thought Rarey and I were friends,” she said. “Did it piss me off that Rarey hit on me in 2016? It did. It rubbed me the wrong way. But my intent with Rarey was never to turn over anything. And I didn’t blackmail him.”

Rarey became the subject of his own investigation in late 2017. It began on Sept. 15 and concluded late in October, 1st Special Forces Command spokeswoman Maj. Beth Riordan told Army Times on Thursday.

On Oct. 27, he was relieved of his duties as command sergeant major and he retired shortly thereafter. Rarey did not respond to a request for comment.

“That’s how Rarey has to spin it, because in those messages between Rarey and I, he knew in real time that I was being beaten,” O’Brien said of the blackmail accusation. “And when I asked him, and begged him, for help, he did nothing.”

On the contrary, she added, she never kept photos or text messages from members of the command until she came under investigation.

Since then, she has meticulously filed away emails with the command pertaining to both her security clearance and the Sartori investigation, as well as text message conversations with Sartori and Rarey, and dozens of documents.

She also posted photos of her bruises, strangulation marks and other injuries to her LinkedIn profile, calling on the Special Forces community to hold Sartori accountable.

Sartori, in an interview with NEWSREP, denied ever assaulting O’Brien or his wife.

In the meantime, O’Brien is still awaiting a final decision on her security clearance. Her two-decade Army career ― 15 years as a civilian and an enlistment as an aviation operations specialist ― hangs in the balance.

“The amount of interest in whom I entertain in my bedroom … that’s all they were ever concerned about. Nevermind bruises, strangulation marks,” she said. “But yet they’re still, ‘Well she was sleeping with so and so’ — as if I deserved it.”